If you live in or near the Central Toronto core, chances are it's become a fact of life to be stuck in traffic due to road or development construction. So why is there so much development happening all at once? Is Toronto overbuilding?

Toronto is currently going through the biggest construction boom in history. According to Rider Levett Bucknall, there are more than 104 fixed cranes across the Greater Toronto Area (GTA), the most in any North American city. You can download RLB Crane Index full report here.

Many of these construction sites are residential condominium developments. The GTA is one of the fastest growing metropolitan areas attracting global talent and immigration. According to Census Canada, GTA had over 150,000 new immigrants arriving last year leading the population growth in U.S. and Canada. Based on Urbanation report on housing supply survey, 50,000 housing units are needed to meet the demand. We are currently 15,000 units short. Due to the shortage of housing inventory, more residential units need to be built with condominiums being the popular choice. By 2041, the GTA population is expected to grow by 40%. Many of these new comers prefer to live in neighbourhoods close to the city core. The demand in more housing is causing a supply crunch.

"Toronto is the fastest growing city in the U.S. and Canada" blogTO

Having lived in both East and West Downtown Toronto for 25 years, I have noticed significant changes in some inner city neighbourhoods in the last 15-20 years being part of the Toronto's growth plan. Intensification in some communities will be expected, while some areas may experience low to mid-rise modest scale development to respond to the area character and integrity of the neighbourhood.

To put everything into perspective, the Land Use Map below pinpoints the inner neighbourhoods being targeted for rejuvenation or redevelopment. Toronto Land Use Plan shows an inverted T-zone where growth is targeted. Most of these are either desginated mixed-use communities or post-industrial under utilized land in need of regeneration.

Where indicated on the Official Plan, the pink zones are designated mixed-used areas that will contain residential, office, institutional, service and retail uses to serve the growing communities. These communities will connect to major transit, highway and pedestrian infrastructure. The yellow zones are low rise neighbourhoods not affected by development.

The aging population, growing families, immigration, and job market growth will continue to raise the demand for housing in the core areas where new amenities and infrastructure are needed. Condominium still remains the popular choice for new comers. As long as the demand continues for multi-unit dwellings, Toronto will keep building.

Anne Lok is a Toronto Real Estate Broker with over 15 years of experience in all aspect of residential real estate from modern houses, infill development from acquisition to design and construction, condos, lofts, commercial and residential leasing in urban Toronto. Anne aims to provide not only the best client service, but also a genuine authentic experience that will match your expectations. You can search modern listings and learn more about Anne at urburbia.ca.

Home Buying: Where to Find Live Work Space in Toronto

Is now a good time to buy a house in Toronto?

There is no better time to buy a bungalow!

How to search for Toronto modern houses for sale online?

Buying an architect-designed home is totally worth it. Here is why...

Toronto is rising! Find out where major developments are happening in Central Toronto. 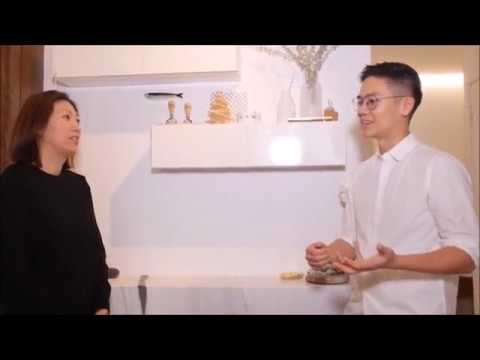 Turning a cookie-cutter condo into a modern home

Home Buying: Where to Find Live Work Space in Toronto

Is now a good time to buy a house in Toronto?